In a Spanish series called Money Heist currently showing on Netflix some of the police cars are Citroens.
S

DS in the new trailer for Black Widow

New episodes just released.
Reminds me of the ad:
“Watch this Peugeot turn into a corner.” And watch the Ford wallow like a pregnant hippo...
S

Good to see the Fiat wasn't even trying to get away but really needed the 5 speed box. Great clip

Not a film but a music clip with a French car:

okalford said:
Not a film but a music clip with a French car:

Try searching YouTube
If the Shaw Brothers made a movie in New Zealand with traces of Flight of the Conchords this would be the result.
I’ve warned you 🤣
Last edited: Jul 22, 2021

A View to a Kill - Jenny Flex and Pan Ho use a red Renault Fuego Turbo. It can be first seen when May Day kills Sir Godfrey Tibbett at the petrol station, and later when Max Zorin confronts James Bond with his true identity. The car has a French registration 1545 BGT 75 - the 75 indicates that the car was registered in Paris.

GoldenEye - A grey US-spec Fuego Turbo appears as a background vehicle during the tank chase in St. Petersburg.

Tomorrow Never Dies - Most probably the same grey US-spec car as seen in GoldenEye re-appears in the parking garage scene. It is destroyed when one of Carver's men fires a grenade into it.
P

Set in Biarritz on the French Coast in the 1960's.

The Last Mercenary on Netflix

Predominantly set in current day Paris so there are more modern French cars than you can poke with a baguette.
Jean-Claude Van Damme having a whole lotta fun 😁

Jacques Tati''s 'Playtime' is on SBS Word Movies as I write, just started. It will probably be on their OnDemand channel too. 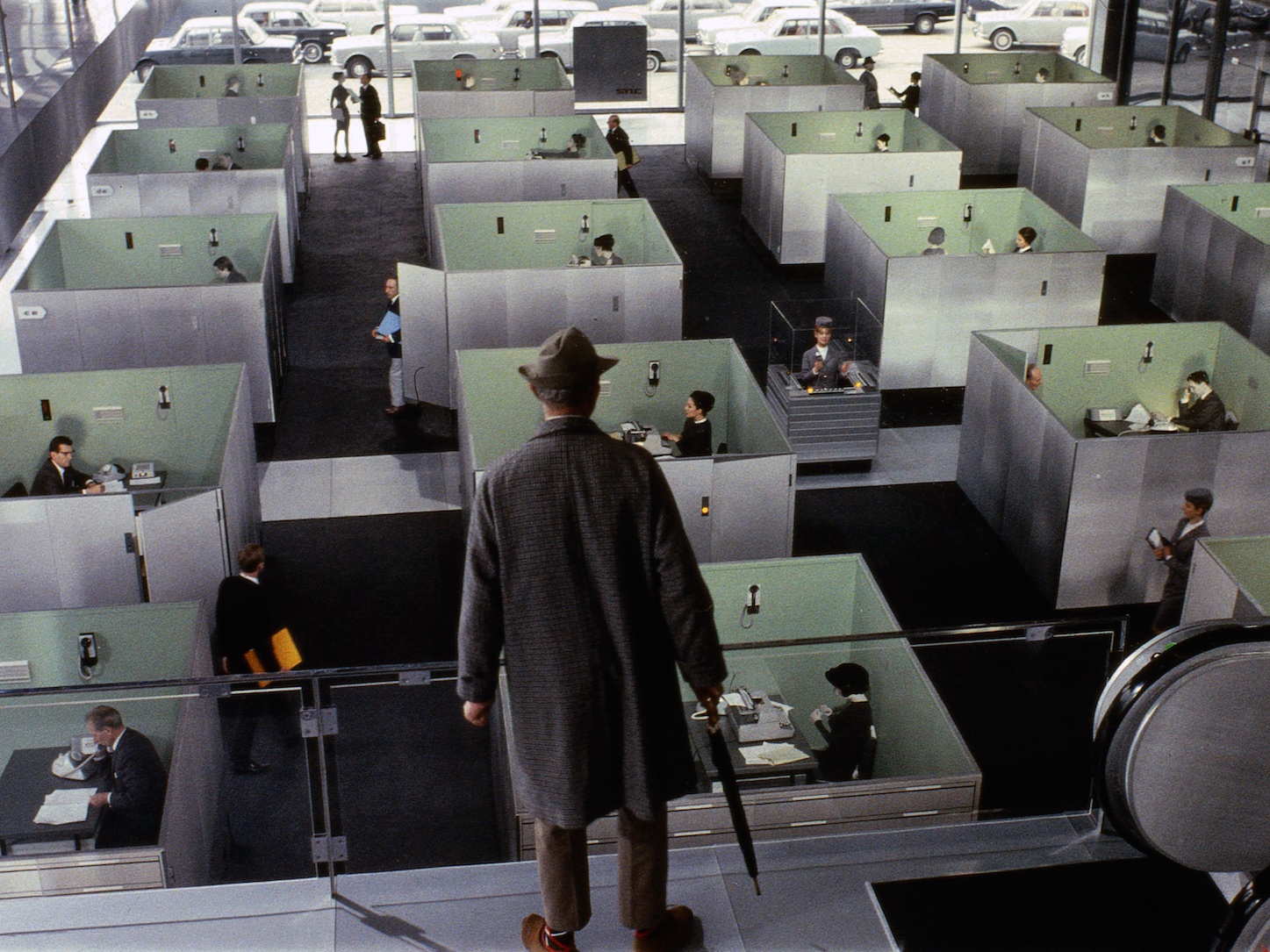 A user’s guide to the modern world... according to Jacques Tati

The films of comic genius Jacques Tati take us on a tour of modern life, pitting Monsieur Hulot against the cities, buildings, cars, trains, furniture and gadgets that define our era.

Hmmmm. Maybe don’t watch this if you find seeing French cars get destroyed to be .... distressing.