I understand that some Simcas (1000, 1100, 1300) were fitted with Weber 1CB1/2 carburetors. Does any one know what size choke tube and jets were fitted in these carburetors?

I understand that some Simcas (1000, 1100, 1300) were fitted with Weber 1CB1/2 carburetors. Does any one know what size choke tube and jets were fitted in these carburetors?

I'd go and find a UK forum. Just a thought. Plenty were sold there I think.

Most Simca1100s had a Solex carb but the 7CV Simca 1100 Special had a single Weber 36 DCNF, many variations from 36DCNF7 or 8 to 36DCNF34. (depends on year of manufacture, engine capacity and manual or semi-auto.)
The twin carb Simca1100TI had two Webers, 36DCNF17 on the left and 36DCNF18 on the right. (I'm guessing they are mirror images of each other.)
I have specs for all those Weber carbs, I'm happy to look them up for you if one is a match. The manual is in French so I need to know what the French is for Choke Tube and Jet? ( I have Tube Emulsion and Gicleur Principal (Main jet?) and Gicleur Pompe (I'm guessing accelerator pump jet?)

I tried googling "Weber 1CB1/2" and got a page full of Weber barbecues...

Edit: I just tried Weber ICB and got lots of matches. It is ICB not 1CB. (Letter I, not number 1.) 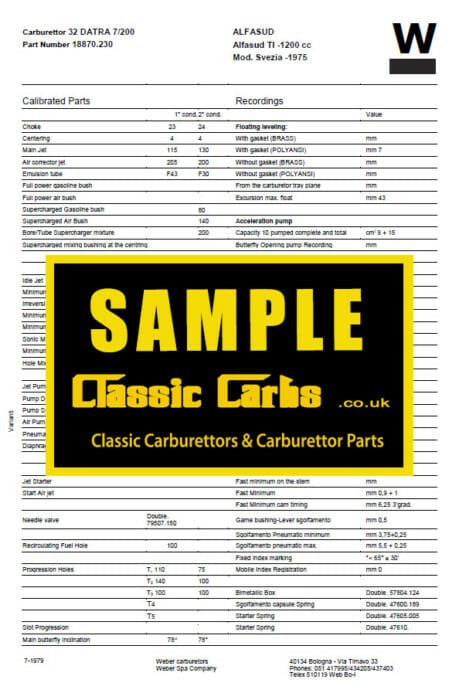 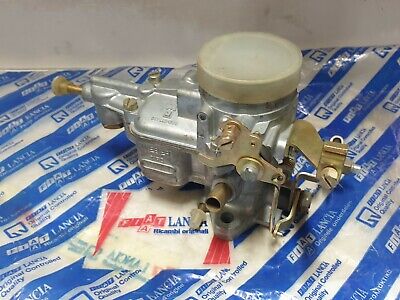