1000+ Posts
do the clips get a smear of grease to keep them a bit happier for longer on installation Mike? I've seen the restos Citrothello does on Citroens and he tends to dab lots of washers and such with a water resistant compound to keep it from oxidizing.

1000+ Posts
Not sure about grease as it can make rubber swell...but with the cadmium plating I had put on at great expense(!) should keep corrosion well in check. 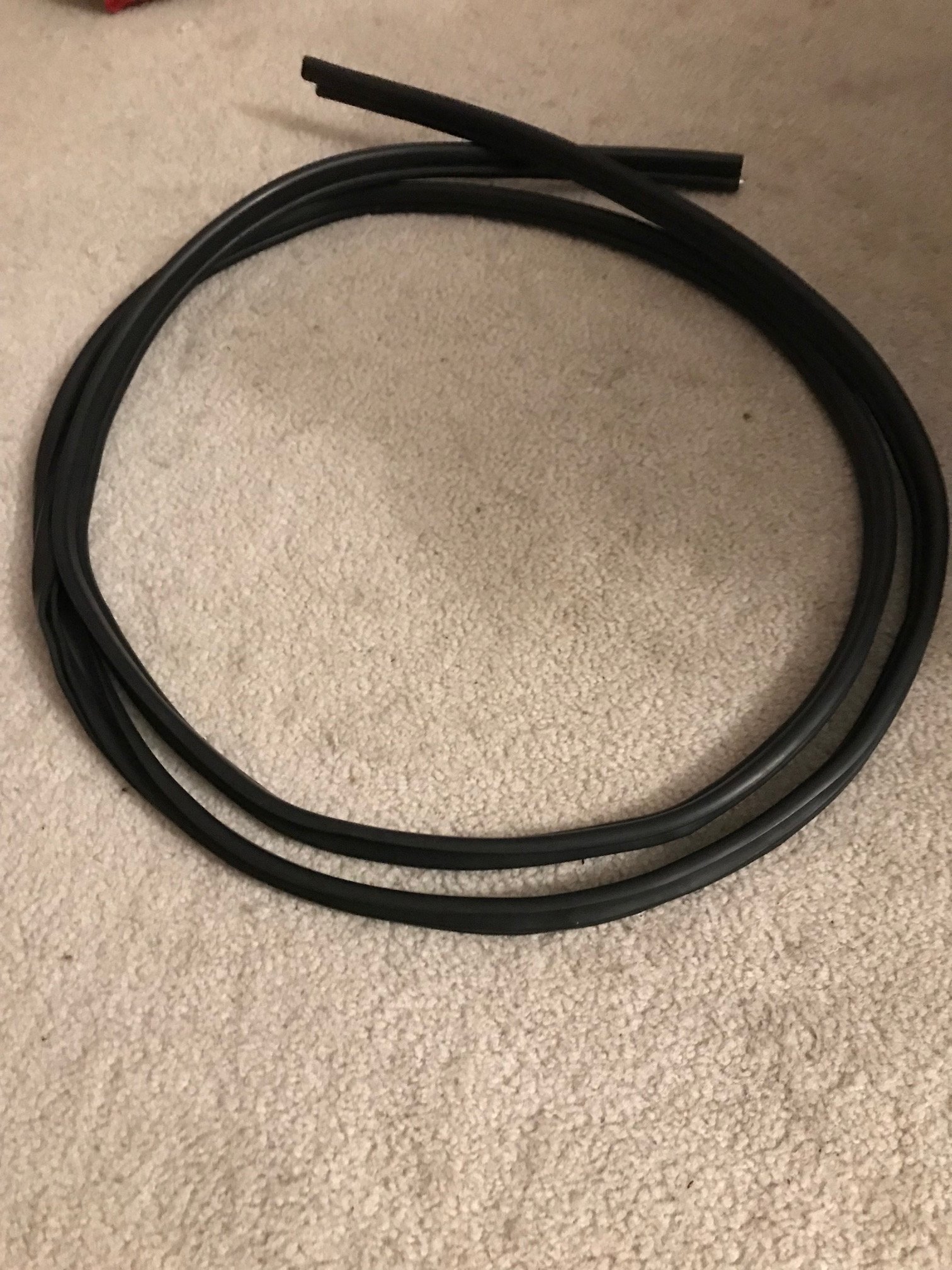 1000+ Posts
Engine's out again, to replace the rod bolts and put the replaned head on again in comfort on the engine stand. That's my son Sean in the photos wearing the Peugeot overalls. 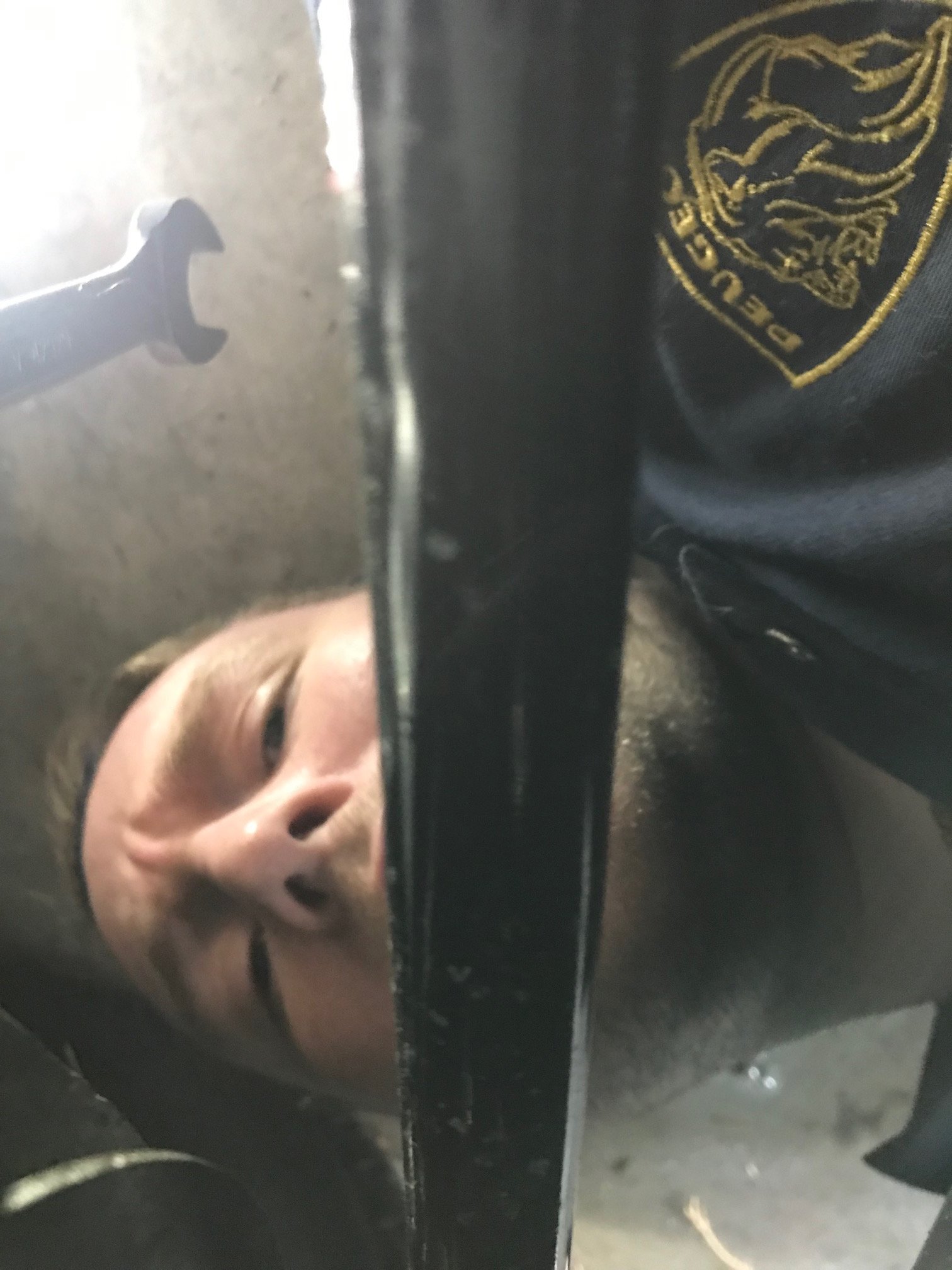 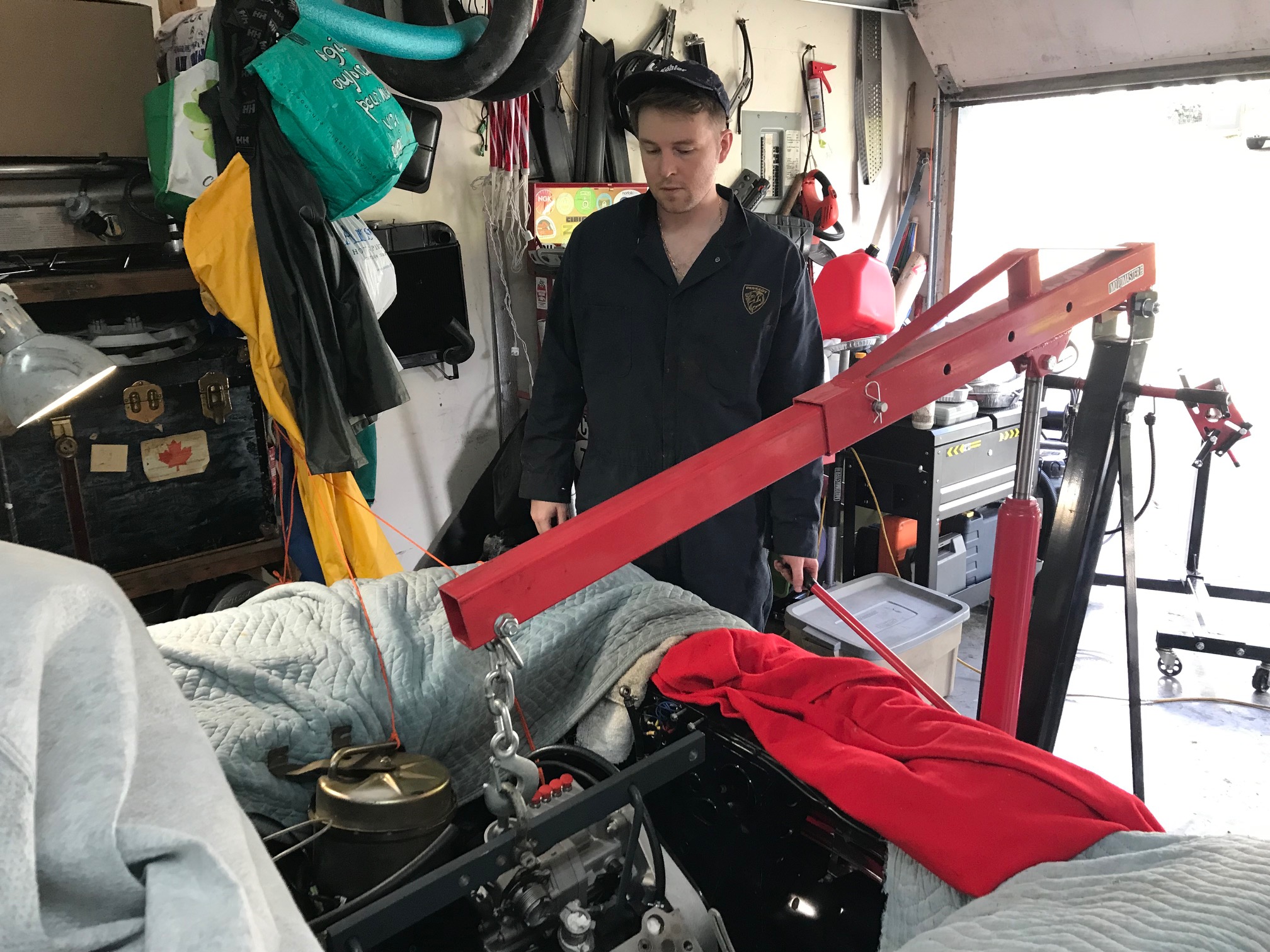 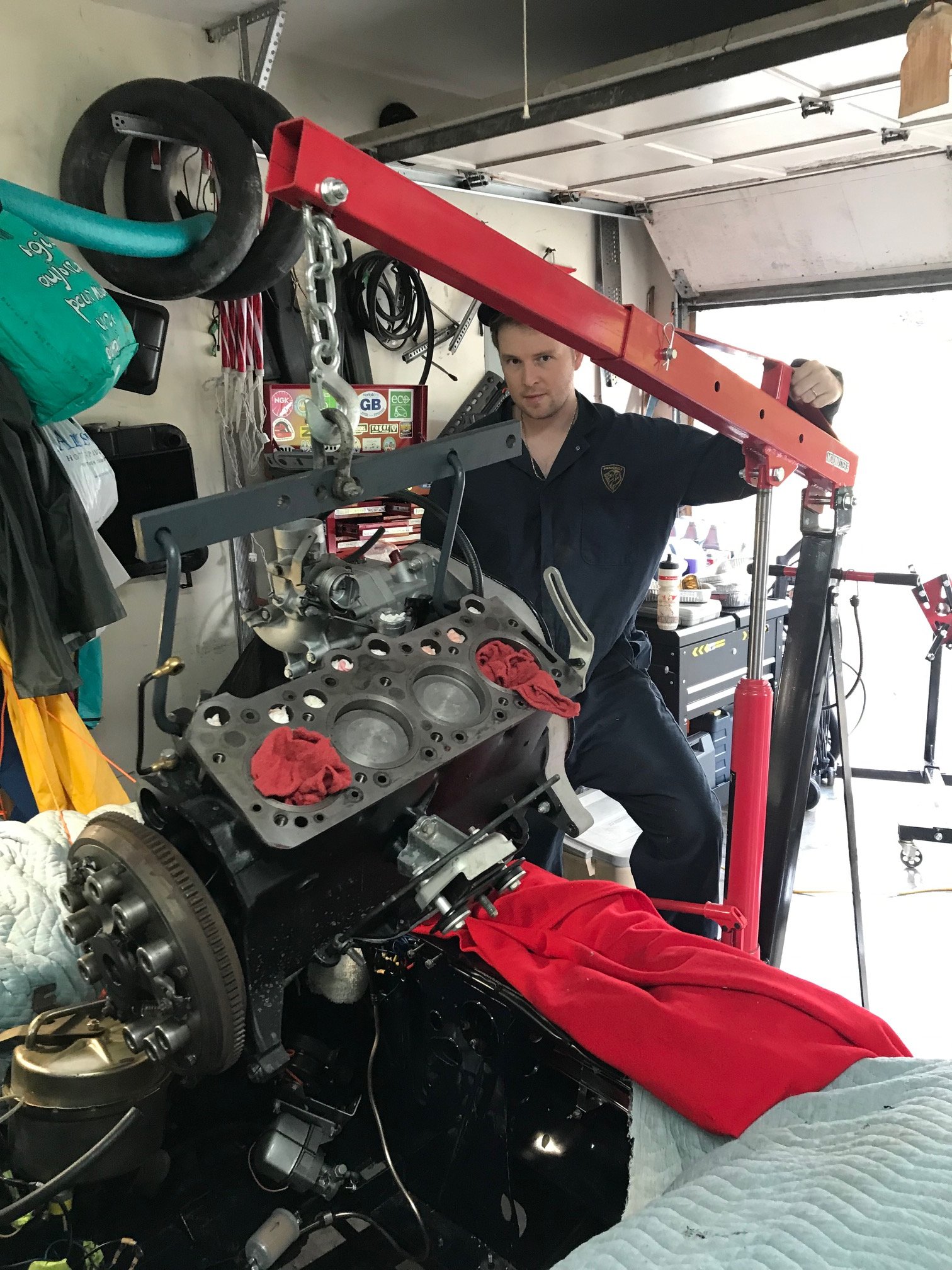 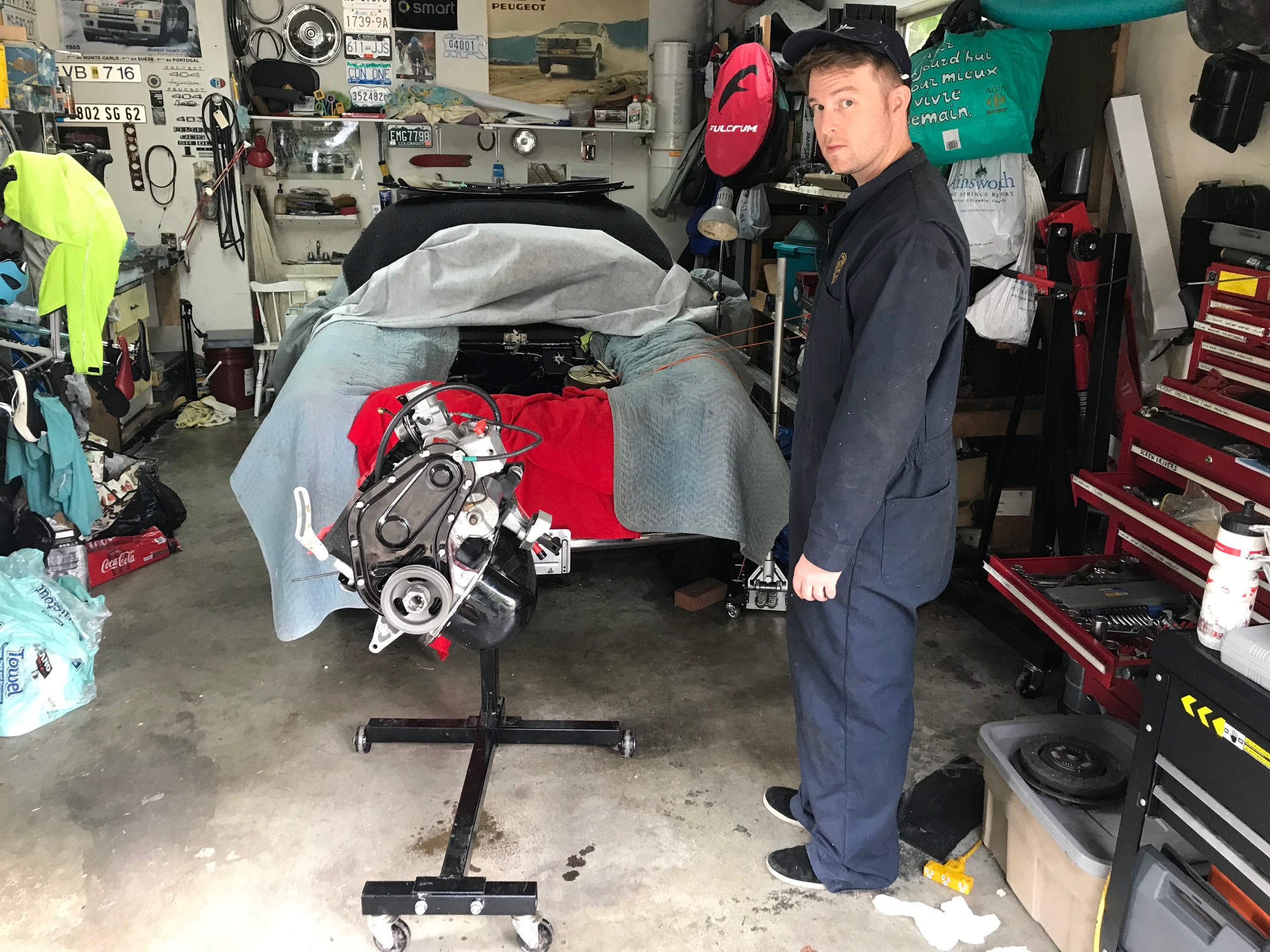 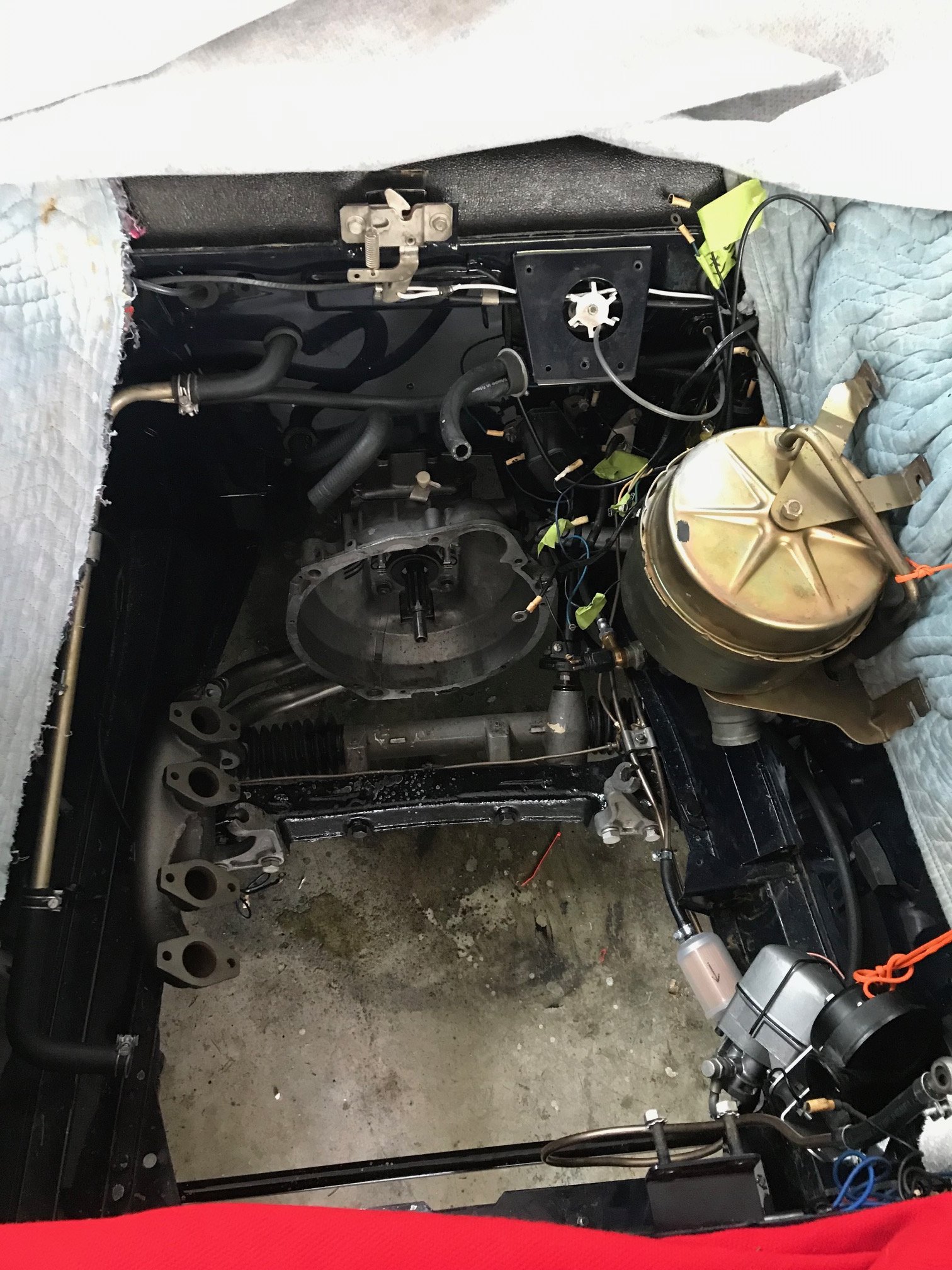 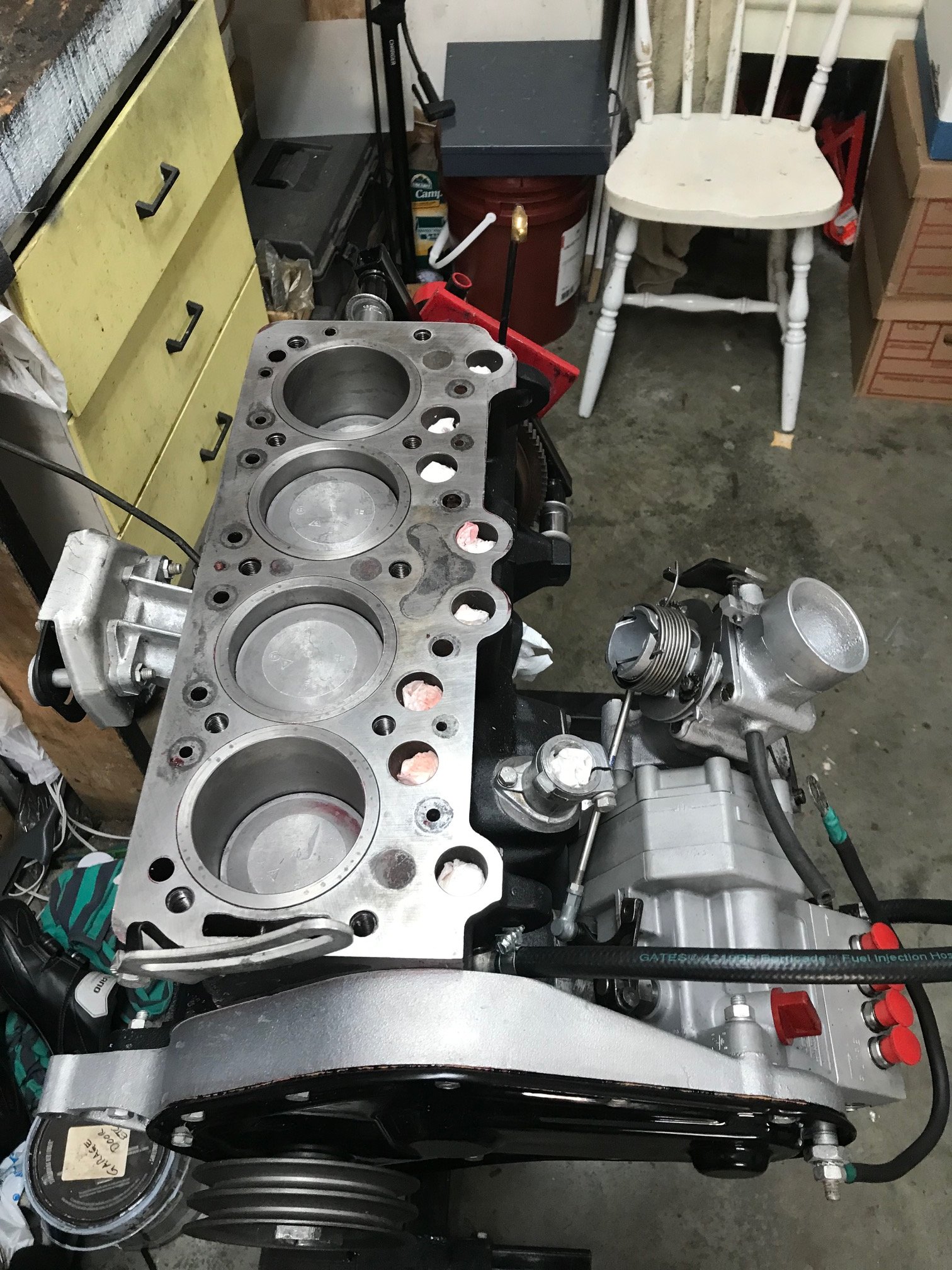 1000+ Posts
A son who is into cars and lives roughly close by is an asset!

Peter C said:
A son who is into cars and lives roughly close by is an asset!
Click to expand...

Well he's a ferry ride away usually and is a novice mechanic but the help was appreciated!

1000+ Posts
Always good times when the son is involved!

I finally got around to whipping the first piston out to do a conrod bolt swap and when I took it apart, the new bearing was scored and after having a close look at the big end journal, the culprit was a significant gouge on the freshly reground crank. Good grief!

So the work was suspended (though I did change that rod's bolts) and the crank has to come out for at least a machine shop polish or maybe a regrind to 0.5 mm. I'm glad I decided to take it apart because a gouge like this would probably lead to a rod knock after a while.

I once had a Renault 12 with a knock (car cost $50) and when we changed the rod bearings, the big end of the knocking cylinder had been punched when the car was new at the factory.

I think I'll look for another place to do this second regrind....ugh

1000+ Posts
I know. Actually this discovery was foreshadowed a while ago when they did a test-fitting of another set of bearing shells on the engine and they were apparently the wrong size. They gave those shells back and one was scratched just like the one in the photo. At the time I thought: "how did that happen?".
Last edited: Oct 14, 2021

1000+ Posts
That is very frustrating, Mike. The only upside I can think of is like Dan has said - that it's better to find out now rather than down the track when a lot more damage has been done.

1000+ Posts
Engine is in bits again and at some point I will take it into a machine shop with instructions to clean up the mess the other shop made, even if it means taking the journals down to 0.5 mm from 0.3. 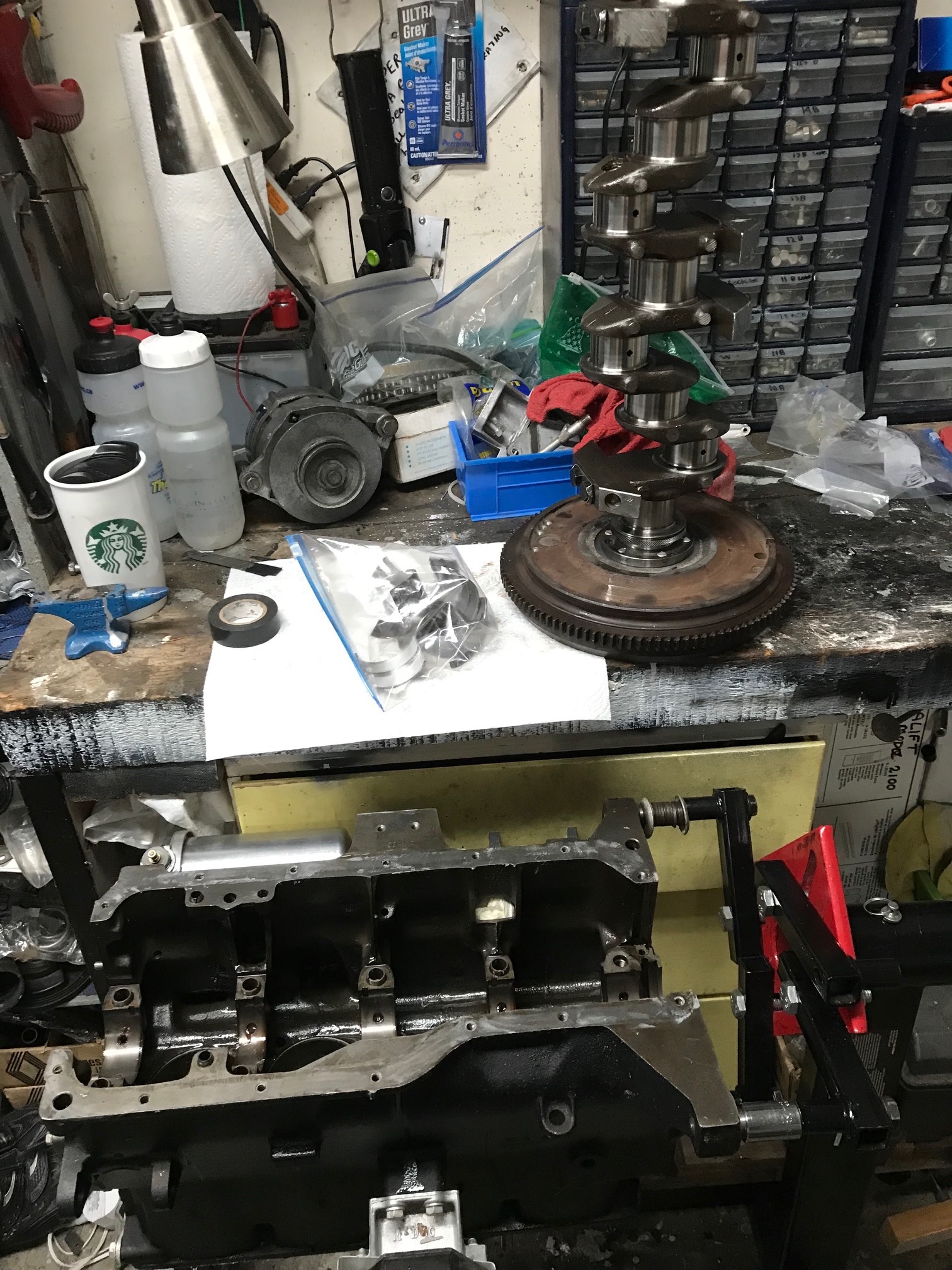 1000+ Posts
Rod bolts are changed, and I installed the two original door seals. The doors sit better now when closed but still are a bit too "tight" against the seal, so the issue is the thickness of the interior door panels I made, so I'll redo them as a mini-project once the car's on the road.

The bearing shell with the worst mark on it has conrod bolt thread damage from piston insertion on the journal. Crank needs a regrind as a result. Some others are scratched a bit less and those are likely from dirt etc (careless assembly / dirty shop). I haven't examined the other journals where the bearing shells are scored but there could be other conrod bolt damage to them as well.

As I say, the crank needs to be redone - again - this time to 0.5 mm on the rod journals
D

is that damage around front main oil gallery mike? or just a photo blemish..... jim

1000+ Posts
The others had some issues too! What hackers did the long block assembly! At least all the rod bolts have now been replaced...

I'm getting a few spares together for the eventual engine reassembly because some of my KF2 gasket collection was mostly depleted the last time. 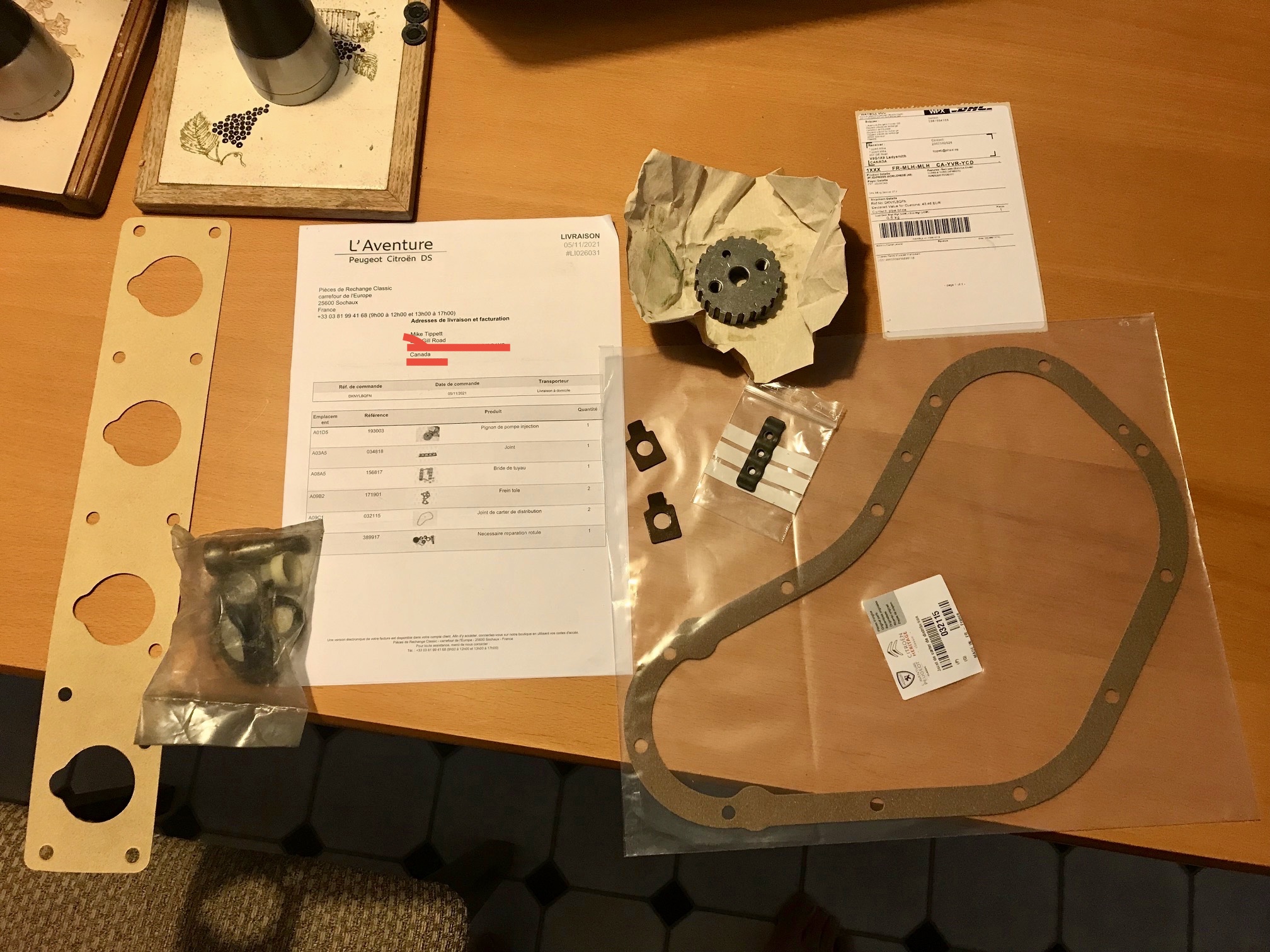 You'll note the spare injection pump drive cog - it was cheap so why not? Also, the outer steering arm balljoint kit was a good score, for eventual future repairs.

I will take the crank into a DIFFERENT shop in December for rectification of the big end journals, likely to the last undersize of 0.5 mm. Will tackle the brakes shortly.